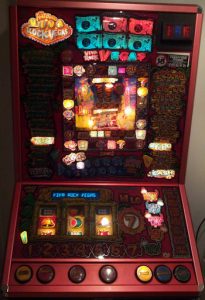 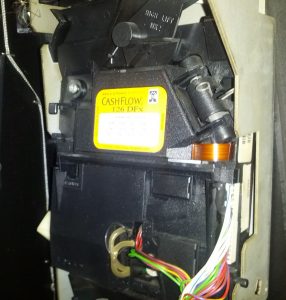 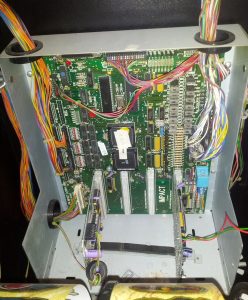 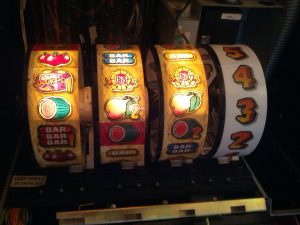 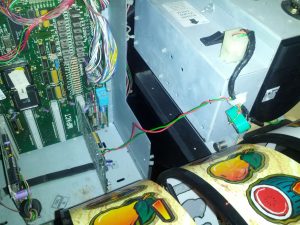 The machine is very very forceable if you play to only get the jackpot or red streak. If the machine is offering you 5 pound wins on the feature, then it will be ready to pay out. Don’t collect anything other than the red streak and JP. Leave even the blue streak, you will find when you leave the blue and you lose, then next time you will instantly get the streak again, keep leaving it. It will give red, usually within 3 features.

Reaching number four on the trail activates a bonus, look out for the cancel button flashing – you will get true skill!

Choose a Trail – Usually goes to “Multi Bonus”, and starts the feature every time.

Random Stop – About the best bonus. Press cancel to slow it down and usually it will go right up to “extra life”, or even “Super Knockouts” if you lucky.

Boost – Usually very poor, boost’s you a few positions up the trail.

Add Again – Adds the numbers showing on the winline to your trail.

Fruit Bash – This is the first feature and basically is 1 reel blast. You can hold two of the reels to cancel them out, which makes it quite a good feature sometimes.

Freds Payrise – Starts at £1, hit “RISE” on the display and you will get £2. Keep doing this until you hit “PAY” and you are awarded the win.

Take your Pick – Pick a win, can also give the Hidden Features (3 red lines).

Boulder Dash – This is just fast cash, which is actually quite slow and you should be able to get at least £5 every time with practice!

Freddy Steady Nudge – The reels spin and you are awarded a random amount of nudges. If nothing takes your fancy the reels spin again and you have another pick. You have about seven chances before the machine automatically collects for you. Tip: You can hold the reels in order to get a better win!

Round The Twist – Rotates around the outer reels. This usually is a useless feature”

Cash Vegas Strip – is a hi-lo wins feature on the vegas board it will be red or blue blue is usually 8 quid red is 15 minimum .

Bedrock Roll – All the reels line up and begin to spin quite fast. You must stop the reels and are awarded a win. A repeat chance is offered which will step the reels down and give another win etc.. Usually £15, unless you already have £5 and the next step is Jackpot – it wont give you it!

The invincible mode is activates when the notes at the top are Red as soon as you enter the feature, and the logo flashes, the LCD display will also say “Super Feature” instead of “Viva Rock Vegas”. When this happens just keep going around the board, until you either get a Jackpot or activate the RED Streak.